What Are the Warnings Signs & Causes of Teen Suicide? 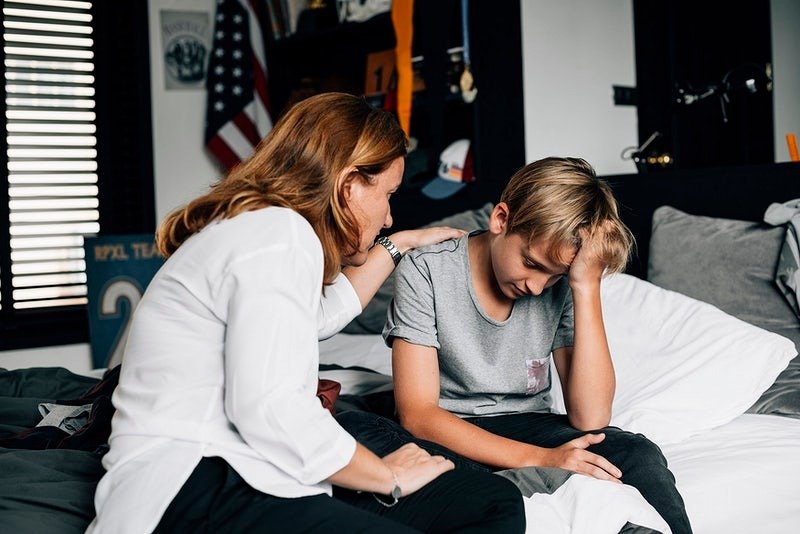 America faces a growing crisis, with teens losing their lives to suicide. According to the National Center for Health Statistics, the rate of suicide deaths among individuals 10-24 years old increased 56 percent between 2007 and 2017. The CDC noted in 2015 that the suicide rate for males aged 15–19 years was 14.2 percent per 100,000 population.

As the issue continues to affect teens, parents need to understand the signs of suicide.

Consider the Data of Teenage Suicide

Parents, guardians, and family members can play a crucial role in preventing suicide. You don’t need to go through this alone; seeking professional help will allow you and your teen the education and treatment options necessary to overcome thoughts and behaviors related to suicide.

Signs of teenage suicide can include a change in behavior, depression, and anxiety. Other symptoms include talking about death or wishing they were dead. Pay attention to statements indicating they feel hopeless, helpless, trapped, have no reason to live anymore, or think life isn’t worth living anymore. Further signs include:

The factors that could trigger a teenager’s decision to commit suicide vary from person to person. Some triggering factors include mental illness, substance abuse, bullying, social media, physical or sexual abuse, or a family history of substance use disorders. It also involves them experiencing intense stress at home, work, and school with no apparent cause to explain such stress. Other triggers include:

The Impact of Suicide Attempt

The impact of suicide attempts can vary depending on the severity and type of incident. Some physical effects include:

Psychological effects such as anxiety, depression, and PTSD are common in cases with self-harm.

There are specific steps you can take to prevent teen suicide. You must remember that this is a mental illness and not something someone wakes up one day and decides. Please provide your child with the support they need. There are many different ways to do this:

Such actions will help make the teen’s home safe and protected. Providing your child with these kinds of support will give them hope that they can overcome their struggles and get back on their feet.

Consider sending them to a treatment center like Clearfork Academy. Such facilities provide comprehensive care and therapies. Mental health professionals offer teens coping and problem-solving skills to help teens deal with their struggles without becoming overwhelmed. Treatment centers ensure teens have access to good resources and tools to allow self-reflection and growth in areas important to teens. They also help with medication management, provide support groups and remain a source of support should they need help in the future. With proper help, your child can get through this challenging time and find their way back to health.

If your teen has been exhibiting signs of contemplating suicide, you need to talk with them. Remember to remain open to any concerns your child may have, no matter how vague they seem. Sometimes talking through this process will help them realize that there are other options than taking their own life. You should also plan to seek professional help. Being open and honest with your child about the support they need from you and professionals could help them find the courage to embrace treatment. At Clearfork Academy, we utilize treatments and therapies to help parents and teenagers deal with adolescent depression and the causes behind their suicide ideation. Our participants receive a safe place to discuss their feelings and receive support from professionals, family, friends, and peers. Our admissions staff is available 24 hours a day, seven days a week. Find out more about our programs and contact us by calling (888) 966-8604.