Bulimia nervosa is an eating disorder. Those with the disorder tend to overeat followed by self-induced vomiting or an attempt to rid the body of the food consumed. These behaviors are often accompanied by feelings of loss of control or guilt. Bulimia nervosa in adolescents can sometimes alternate with or occur alongside anorexia nervosa.

This blog post explores eating disorders and focuses on bulimia nervosa. It outlines the signs and symptoms of bulimia nervosa, and the treatment options to support your teen toward healthy eating habits and a positive attitude to their body weight. 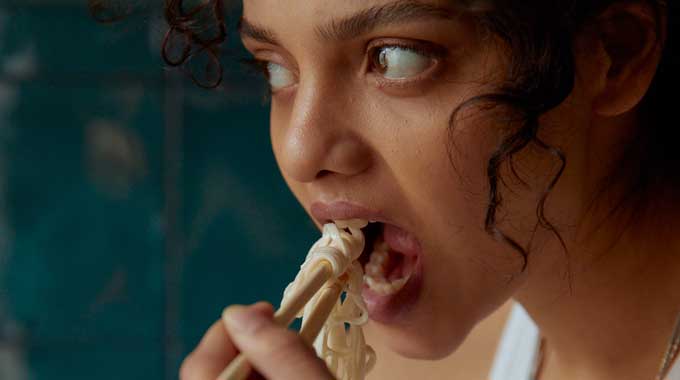 What Are Eating Disorders?

Eating disorders are psychological disorders that cause an individual to experience disordered eating attitudes. An obsession with weight affects millions of individuals all over the world. A study found that one in five women and one in seven men experienced an eating disorder before the age of 40, and the disorder began before the age of 25 in around 95% of these cases.

Stereotypically, when people think of an individual with an eating disorder, they tend to envision a particular body size and shape. But the truth is anyone is susceptible to the dangers of adolescent eating disorders, no matter their weight or sex. The most important thing to remember is it is a serious mental health disorder that can be extremely detrimental to a person’s physical health and affect nearly every organ system in the body.

An individual with a binge eating disorder will experience periods of intense overeating where they feel out of control and unable to stop. Binge eating causes people to eat large amounts of food, even if they are not feeling hungry. After a period of binge eating, people typically experience guilt and other negative emotions. Unlike bulimia nervosa, individuals do not try to get rid of the food they have consumed.

People with bulimia nervosa experience periods of binge eating followed by self-induced vomiting and other attempts to rid the body of the food they have binged. Bulimia nervosa is not just characterized by self-induced vomiting, but also includes weight loss tactics, such as laxatives, weight loss pills, or excessive exercise to prevent weight gain. What Is Bulimia Nervosa?

Bulimia nervosa is when an individual partakes in uncontrollable periods of binge eating which are typically followed by intentional vomiting (also referred to as purging behaviors), fasting, excessive exercise, or misuse of laxatives to try to control weight.

Binge eating, for a person with bulimia nervosa, is where exceptionally large quantities of food will be eaten within a pretty short period of time, typically in less than two hours. These binges can occur several times throughout the day but are most likely to happen in the evenings. Due to the feelings of guilt, disgust, and shame that are often associated with bulimia nervosa, many people partake in these behaviors in secret and can keep evidence hidden for months.

Signs and Symptoms of Eating Disorders

A person with bulimia nervosa can be anywhere from a low, high, to normal body weight. The size of someone does not indicate whether they have an eating disorder or not.

Similar to other mental health disorders, there is no one set cause for eating disorders. Bulimia nervosa is a complex disorder that may involve biological, behavioral, social, and psychological factors. Bulimia nervosa in adolescents is perhaps influenced by current social attitudes toward body appearance. This can cause a person to focus too much on their looks, weight, and body image.

Those with an eating disorder may have emotional or psychological problems that are likely to contribute to the disorder. This can include impulsive behavior, perfectionism, and low self-esteem. People often have a history of depression, anxiety disorder, or obsessive-compulsive disorder (OCD).

Dieting has also been recognized as a risk factor for developing an eating disorder. Starvation can affect the brain which results in mood changes, anxiety, and a reduction in appetite. Sudden weight loss and starvation can change the way that the brain works in certain individuals. This may perpetuate eating behaviors that are restrictive, making it difficult to return to normal and healthy eating habits.

As a parent, you may be able to identify whether your teen is living with bulimia nervosa, however, many people with the eating disorder initially keep the illness secretive and hidden. If you are worried about your teen’s eating behaviors, it is always best to seek outside support as early intervention and treatment are both essential in preventing further problems.

The fifth edition of the diagnostic and statistical manual identifies eight different eating disorders, including bulimia nervosa. According to this edition, episodes of binge eating and the purging behaviors that follow must take place a minimum of once per week, for over three months, for a person to be diagnosed with a minor form of the disorder.

To make a diagnosis, a healthcare professional will refer to the diagnostic and statistical manual as well as consider symptoms, eating disorder behaviors, psychiatric history, and clinical observations of the person’s behavior. There are a number of medical conditions that can mimic some of the features of bulimia nervosa, therefore a complete medical evaluation is needed, including blood tests.

If you do believe your teen has an eating disorder, the National Eating Disorders Association has created an online screening tool to help determine whether it is the right time to seek professional medical help.

There are a number of treatment options for bulimia nervosa. Medical professionals will form a specific treatment plan based on:

Bulimia nervosa is typically treated with a combination of medical care that is focused on nutrition rehabilitation, family therapy, individual therapy, and behavior medication related to healthy eating habits. Treatment may take place on an inpatient or outpatient basis with both involving appointments with psychiatrists, therapists, and nutritionists. Early treatment is recognized as being effective in preventing more mental and physical health complications further down the line

Individual therapy will typically include cognitive behavior therapy (CBT). This revolves around encouraging people to identify and challenge unhealthy thinking and behavior patterns. Medication may also be used alongside individual therapy to help manage symptoms. And although families are not the root cause of bulimia nervosa, they do play a vital role in supporting the whole process.

Clearfork Academy is a Christ-centered treatment center for teens between the ages of 13 and 18 years old. We treat a range of substance abuse disorders alongside co-occurring mental disorders, such as eating disorders. Our exceptional therapists will work with our patients to encourage positive life-affirming behaviors that are lasting for change. Our support for eating disorders includes:

If you are worried about your teen and their mental health, contact us today to see how we can support you and your loved one throughout the recovery process. We are here to help.