Most of us are probably guilty of spending too much time on our phones. With continuous technological advancements, endless apps, and the possibility to communicate while being physically absent, software companies continue to find ways to draw people into their digital products. And teens are their perfect target audience.

Teenagers have grown up in an era where they are learning how to use cell phones younger than ever before. Cell phone use is ingrained in teenagers from an early age, increasing the risk of developing a cell phone addiction later on in their lives.

What is Teen Cell Phone Addiction? On average, teens have been found to spend around seven hours a day on their mobile phones, compared to adults who have a screen time of around four hours a day. But teen cell phone addiction is so much more than talking and texting. For teenagers, cell phones open a gateway to an escape from reality, it includes games, apps, and the biggest time consumer of them all, social media.

When it comes to interaction amongst peers, teens now like to admire and approve, comment, and criticize. They aren’t always communicating one on one but instead are constantly checking for responses and likes to their posts and others.

Smartphone addiction is real and the more that teenagers are using the apps, the more their behavior is reinforced by the dopamine that is induced through their mobile phone usage.

Why Are Teens Addicted to Their Phones? Teenagers tend to be naturally more sociable, they are at an age of questioning life and the things that happen around them. Interacting with new people is a part of this process. The evolution of technology has created a new possibility for socializing and allows for this generation to do exactly this, but online. Teens communicate through an array of social websites and apps that allow for these connections to be built even if individuals are thousands of miles apart.

The majority of phone apps are developed to keep users coming back time and time again. When these apps are used and teens are met with positive interactions, positive messages from friends, and believe quality relationships are blossoming, dopamine is released.

Mass research has found that excessive cell phone usage, specifically social media, can heavily impact the brain. In fact, cell phone use can cause similar chemical responses within the brain that are caused by drug addiction. Dopamine is a natural chemical found within the brain that is associated with positive reinforcement and pleasure. When a teenager receives positive comments, new likes, or new followers online, a burst of dopamine is received in their brain. Similarly to a drug’s high, as the use of social media increases, the more engagement a user will crave.

As this reward cycle starts to solidify in place, the time that is spent using social media platforms will increase. Teenage cell phone addiction is defined as a behavioral disorder, meaning that the obsessive use of a cell phone is affecting the functioning of their day-to-day life.

But as we have discussed, cell phone addiction goes much further than simply using cell phones as a talking device. Teen smartphone addiction includes compulsive and repetitive use of a cell phone for other activities, and although these behaviors are normal from time to time, they become dangerous when they turn into an obsessive compulsion.

Signs Someone Is Addicted to Their Cell Phone Similar to other behavioral addictions, there are certain telltale signs of teen cell phone addiction. By having an awareness of these red flags, you can attempt to catch the problem before it develops into a serious technology addiction.

On top of these signs, they may also think they hear their phone buzz when in fact, it doesn’t. These are called phantom vibrations and they often occur throughout school or times when your teen is unable to access their mobile phone. Time without the phone can even lead to a withdrawal that is similar to a drug withdrawal. Symptoms can include headaches, sweating, shaking, or nausea. 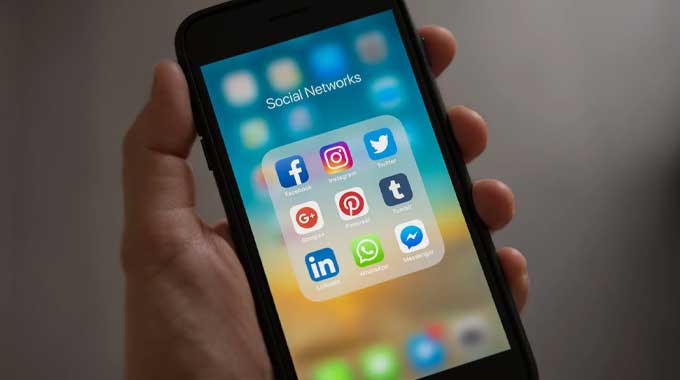 The generations that have grown up with social media platforms and regular cell phone use are at risk of developing emotional and social challenges that have not been encountered before. While teenagers once worried about rumors being spread amongst peers or gossip circulating in their schools, many now live in fear of public shaming online.

Users can now have hundreds of followers on different platforms and sharing online is as simple as pressing a single button. Research has found that 62% of teenagers use some form of social media every day while only one-third of teens say that they actually enjoy their use of social media ‘a lot’.

Research has found that a teen’s use of social media is closely related to an increase in low levels of life satisfaction and teen depression. Although the effects of social media can be worrying for everyone, the impact on teens is even more concerning.

The brain of a teenager is still developing in functions such as emotional regulation, self-control, impulse control, decision-making, and cognitive controlling, this combined with the constant flow of new content can overwhelm a teenager’s ability to manage and process the input. Teen cell phone addiction can have many negative effects on a teenager’s day-to-day life. Cell phone addiction has been linked to a decrease in participating in extracurricular activities as well as a decline in school grades, 61% of kids found that the use of their smartphone negatively impacted their schoolwork. Below are the possible risks of a cell phone addiction and the consequences that may harm teenagers well being and safety.

As we have discussed, the teenage brain is still developing and is therefore more vulnerable to certain things that could possibly lead to mental health issues. Studies have found that teenagers who spend large amounts of time on social media apps are at risk of suffering from higher levels of mental health issues. For example, anxiety levels can increase when a teenager’s phone is not readily available.

A recent study that surveyed over 300 university students aimed to investigate whether high engagement with mobile phones affected the user’s well-being. They found that individuals who described themselves as displaying addictive-like behaviors towards their phones scored higher on anxiety and depression scales.

Excessive screen time can also affect a teenager’s physical health. The blue light that is radiated from a phone can pose risks of developing eye problems. Phone addiction can also lead to negative health consequences, including:

When a teen is going to bed, the location of their phone can be an indicator of potential smartphone addiction. 62% of teenagers say that they use their cell phones after their bedtime and 66% say that their phones negatively impact their sleep.

Phone and internet addiction are linked to certain cybersecurity behaviors. Cybersecurity basically means the protection of your personal information, things that could happen include online scams or identity theft. It is always important to educate your teen about cybersecurity.

Cybercriminals are all over the internet and at times it can be difficult to judge whether someone on an online forum is to be trusted or not. Additionally, teenagers are at risk of cyberbullying. Other users are able to comfortably hide behind a screen and send harmful comments or information to others.

We are all aware of the dangers of driving while talking or texting on the phone. Unfortunately, teenage cell phone addiction increases the likelihood of these dangers happening. When teen drivers are using a phone, they are unable to direct all of their attention to the road. 34% of teenagers reported that they had texted while driving and 52% said that they had spoken on the phone while driving. Similar to other addictions, cell phone addiction can lead to poor decision-making and recklessness, this combined with driving can result in risky outcomes.

Tips on How to Help Avoid Teen Cell Phone Addiction 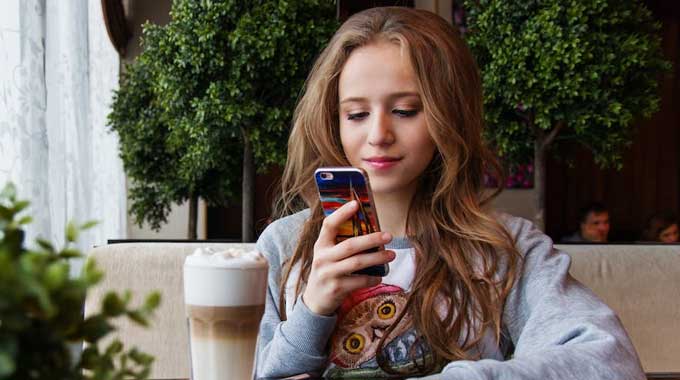 Parents are able to limit their teenager’s cell phone use in a variety of ways. It’s important to set structure, limitations, and boundaries to avoid teen cell phone addiction. Some cell phone rules and intervention measures that a parent may consider include:

As a parent, you understand your child more than anyway and you are aware of what preventive measures are appropriate to use. Although anyone with a mobile phone is at risk of developing a mobile phone addiction, teenagers are at a heightened risk, especially without parental supervision.

Clearfork academy is a residential treatment center for teenagers. We provide substance abuse disorder treatment and help for teens who are experiencing mental health concerns, such as depression or anxiety. Our outdoor adventure program serves adolescent girls and boys from the ages of 13 – 17. We provide a structured and supportive environment for youth who may be struggling with their mental, physical and social bonds of mental health and chemical dependency.

Our program was designed for today’s teenagers and each module that they encounter reflects both our core values and therapeutic approaches that have been proven to be effective. We offer a medical detox which is essential for a healing process to begin. Individualized treatment plans are created to ensure a quick recovery and an easy transition to our residential programs.

Our residential treatment helps teenagers recover from drug or alcohol addiction in a safe and comfortable space on a scenic Texas Ranch. We also offer intensive outpatient treatment which is perfect for those teenagers who may be in the early stages of their substance abuse or addiction and need ongoing guidance and support to help avoid any long-term issues.

If you want to find out more about how we at Clearfork Academy can help you or a loved one, then contact us today. Remember, we are here to help you.