How Many Teens Abuse Heroin? The US is seeing increasing numbers of opioid-related overdoses which led to an opioid epidemic being announced in 2017. Drug abuse comes with an increased risk of mental and physical health problems and heroin is a particularly potent and dangerous drug. If you suspect that you, your friend, or your teenage child is abusing heroin you should reach out for support. Early intervention gives you the highest chance of long-term recovery from heroin use.

Unlike morphine, heroin is not recognized to have medical use so there is no legal way to produce, possess, buy, or sell it. It is usually found as a white or brown powder, but it is also possible to get black tar heroin which is a black sticky substance. The darker the heroin, the more impurities. It is possible to snort, inject, or smoke heroin. Due to being such a potent drug, heroin abuse can rapidly turn into dependence and addiction. This puts you at greater risk of long-term effects because it is very difficult to quit. Dependence is where your body and mind think that they cannot function normally without heroin. When you quit you experience withdrawal symptoms such as muscle and bone pain and vomiting.

Heroin addiction is a brain disease that causes you to compulsively seek out and take heroin. Despite being an addiction there are a lot of stigmas that surround it. This acts as a barrier to treatment, perpetuating heroin use. It is important to remember that addiction is a disease so that we can break down the stigmas around heroin users.

How Many Teens Abuse Heroin?

While most people who abuse heroin are adults, a worrying number of teens engage in heroin use. In 2020, o.3 percent (or 902,000) of people aged 12 or older reported heroin use in the last year. Further information is available in the stats from the Youth Risk Behavior Surveillance System (YRBSS) which includes data about teen drug abuse. The latest data is from 2019.

Statistics for middle school students (grades six to eight) are not complete. We do not have data for heroin use and have incomplete data for prescription painkillers. We do have data about the lifetime misuse of prescription painkillers for 14 states. Of those states, the highest rate was 11.8 percent and the lowest was 5.6 percent. We cannot draw conclusions about the country from this but the average misuse was 7.8 percent across these states.

The 2020 National Survey on Drug Use and Health could not draw conclusions about heroin misuse among 12 to 17-year-olds due to insufficient data, only that 1.6 percent (or 396,000) had misused prescription painkillers in the last year. While there was no clear data in 2020 for how many 12 to 17-year-olds first used heroin in this age range, data from 2018 showed that heroin users typically first try heroin when they are 26 or older and are more likely to have first used it when they are 18 to 25 than 12 to 17 (known as young adults).

Why Do Teens Abuse Heroin? 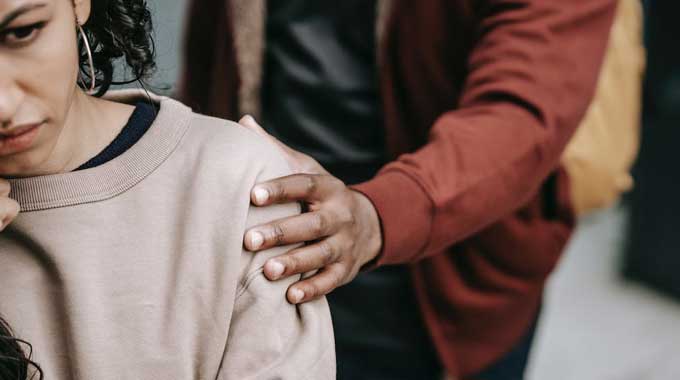 There are several reasons that teens could be abusing heroin. Your teen years can be a stressful and disconcerting time in life when you feel a keen need to fit in and do not have a strong sense of self. Some reasons for using heroin include:

The Dangers of Teen Heroin Use

There are many dangers of heroin abuse, especially if you use it for a long time. For example, developing an addiction which makes it harder to quit later. A risk that applies whether you have used heroin one time or one hundred times is that of overdose. Opioids are involved in seven out of ten overdoses and nearly 20 percent of these involve heroin. Signs of a heroin overdose include:

If you see someone experiencing these symptoms you should call 911 immediately. The emergency services will be able to administer naloxone which rapidly reverses the effects of an opioid overdose.

Other risks of heroin use include worsening symptoms of mental health problems and illnesses such as kidney disease, infections of the heart lining, and pneumonia.

Knowing the signs of heroin abuse could help you to recognize if you or someone you love needs help. Signs of teen heroin addiction include: If you or a loved one has a problem with substance abuse you should get treatment as soon as possible. With heroin use, detoxing can be very difficult and there can be complications which are dangerous. It is therefore recommended that you undergo detox at a treatment center rather than on your own. You can do this with an inpatient or outpatient treatment program.

Since detoxing is only the start of the treatment process, it is important that you continue receiving it. You may benefit from therapy which can help you understand why you started using heroin and work on how to manage this without drug abuse. You will also learn how to identify and manage relapse triggers. Many people will join support groups. They can make you feel less alone, and you can learn from and gain support from peers.

Getting Treatment at Clearfork

At Clearfork Academy we specifically focus on treating teenagers, aged 13 to 18, who are suffering from substance use and/or mental health problems. For those who have family that can support them, we understand the importance of including their family in the recovery process. We, therefore, allow them to join therapeutic activities at the weekend.

Recovery from heroin addiction is different for everyone, so we allow you to create a treatment program that suits your needs. Our treatment options include:

You can find more information on heroin addiction or reach out for support by visiting our website or calling us at (866) 650-5212. We look forward to hearing from you!